Maintaining a Lack of Interest 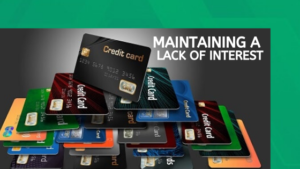 Maintaining a Lack of Interest

Living the life of a Jew, the Torah provides us with all-encompassing guidance in how to live our lives. Not limited to the areas of Kashrus, the uniqueness of Shabbos and Yom Tov, and the special bond formed through Tefillah, we are given instruction on how to properly conduct ourselves in the areas of our lives most material and mundane.

One large body of Halacha governs matters of finance. We are Divinely provided with a vast array of both positive practices in which we are commanded to engage, as well as a large number of practices which are completely forbidden, ultimately giving us the entire scope of how a Jew is to deal with all money matters, both in regard to one’s own personal matters as well as when transacting with others.

A most relevant area of Halacha is that which pertains to loans. Aside from large scale loans carried out between businesses and corporations, and the monumental personal loans of mortgages and financing, we tend to engage in quite a significant amount of lending, albeit on a far more minimal scale, in the course of our day-to-day lives. As such, it is imperative to have an awareness and rudimentary grasp of the Halachic matters involved. In fact we are commanded to lend money to other Jews, be they friends, family, or other, and indeed, a loan to one at a moment of need is a valuable form of Chessed. Nevertheless, if not performed in proper accordance with the dictates of Halacha, the act can easily be converted from a most laudable act of Mitzvah to a most egregious act of Aveira.

The Torah tells us that under no circumstances may a Jew charge another Jew for the lending of money. As family, we must lend at no charge, receiving as repayment only the exact amount which was originally loaned, without any additional interest charges, side perks, or even non-physical benefits. This is referred to as the prohibition of Ribbis. Without a discerning approach, it is quite easy to innocently run afoul of this prohibition. How serious can this be? With potential to be in violation of six different prohibitions, Chaza”l tell us that one who engages in Ribbis practice places all his wealth in jeopardy, and stands to forfeit all his Olam Habah.

Although this is an extremely far reaching topic covering a wide variety of scenarios, of particular focus herein is the lending of money by allowance of usage of one’s credit card or other line of credit.

– You’re in a grocery store or restaurant with a friend. As you prepare to leave, you suddenly realize that you have no money on you. You turn and ask your friend to put your charge on his card, assuring him you’ll repay him shortly.

– Your sibling is putting in an order at an online site that’s having a sale. Graciously, your sibling offers to order for you as well, pay for the whole order as one, and work it out later.

Before delving into the practical Halachic applications, it is imperative to understand the fundamental nature of these transactions.

The money being paid to the store is being laid out by the bank or credit provider, establishing the bank as the “lender”. The recipient of the goods or service is the one who “borrowed” the money to pay by using the card. The actual cardholder seems to remain uninvolved, serving as no more than a facilitator of a loan from the bank to the user, which the user will repay.

To put this into perspective – using someone’s credit card follows the exact legal and Halachic path of one who withdraws money from his bank account at an ATM, and subsequently turns around and lends it to a friend.

Can one allow one’s friend to use his credit card? Although the user will only repay the dollar amount he used, the cardholder will receive the repayment as well as points, miles or other perks as a result of this spending. With the cardholder ultimately receiving in return more than he lent, is this a violation of the laws of Ribbis?

As explained above, the one using the card is in fact borrowing not from the bank but from the cardholder. This loan is technically completely interest-free. The user will repay the cardholder the amount he borrowed and no more. After all, he is not the one awarding the cardholder any points, perks, or awards.

It must be said, however, that this alone that the additional benefit to the cardholder comes from the card issuer and not the borrower is not sufficient to remove the Ribbis concern. In fact, it is forbidden to structure a loan in a way which guarantees Ribbis even where the Ribbis is being paid by a third party. One can not lend money to another Jew interest-free with a stipulation that some other person will pay Ribbis or provide a benefit in recognition of the loan being provided.

The key here, is that the one using the card has in fact never provided any sort of guarantee at all that the one providing the card will receive a benefit. In truth, it makes no difference whatsoever to the one using the card which card he will use. Many credit cards, as well as most debit and prepaid account cards, provide no points at all. That which the cardholder chooses to provide the user with a card that earns points is a completely personal choice., with no implication on the loan to the card user. As an illustration of this point: Should the card issuer, for any random reason, choose to not award points for the transaction, the cardholder would understandably have no grounds to then claim the card user mislead him or had no authority to use the card. As such, the loan between the card holder and the card user remains classified as a transaction to be repaid at parity, with no Ribbis factor, and is completely permitted.

Once again, it is critical to understand that in essence there are two separate loans taking place. Thus, when the bank or card issuer charges penalties or fees, they are not charging the user, but rather are charging the cardholder for his failure to repay his loan in a timely manner. This is a matter between the bank and the cardholder alone.

For the cardholder to charge the user this interest is essentially to create an interest obligation on the second loan, that between the cardholder and the user. The user has borrowed an amount and returned it with interest, a direct Ribbis violation. That the user pays the interest to the bank and not directly to the cardholder does nothing to ameliorate the issue. As the user has never borrowed from the bank, this action represents nothing more than paying off a personal debt of the cardholder, something tantamount to paying the cardholder himself, and is completely forbidden.

It is difficult to overemphasize the importance for every individual to take this into account prior to allowing any significant usage of one’s credit cards or line of credit. While most people will consider the likelihood of the user completely defaulting and failing to repay, many fail to realize that even if the user pays off the sum in entirety but does so a mere day or two late, the cardholder will be hit with a potentially enormous interest bill, one that is virtually impossible for him to recoup.

While, as stated, it is forbidden for the user to pay off the accrued interest charges, as well as for the cardholder to accept this payment, it should be noted that there are particular fees the user would be allowed to repay.

In this case, the user can and should repay the incurred fee. The laws of Ribbis proscribe any charge for the loan or loan time. This fee, however, has nothing to do with the loan per se, and is merely a penalty for instigating a flawed transaction. Although the bank fee is directed at the cardholder, not the user, the cardholder as well is fully allowed to charge such a fee to the user for the flawed attempt.

In summation: A cardholder may not charge any fee for usage of his card, nor may he pass on any interest fees. He may however, charge a fee for a specific action such as a faulty payment, as this is a service fee, and not one related to the extension of the loan itself or the time of loan duration.

What other Ribbis issues can arise from credit card usage?

A particularly relevant issue here in Montreal revolves around cross-border transactions. Suppose the user uses the card to make a purchase at a U.S. store or website. The charge at the store is $100 USD, but gets billed to the Canadian card at $125 CAD. Is this classified as a loan of Canadian currency or US currency? What happens if the exchange rate fluctuates even minimally before repayment? If we classify this as a US dollar loan, and the Canadian dollar rises against the US, $100 USD will now be worth only $120 CAD, creating a scenario whereby the repayment of $125 CAD would be a Ribbis violation. Further, even if repayment occurred before any rate change, it is important to note that Halacha forbids even creating such a setup carrying a built in Ribbis possibility. There are quite a large number of potential scenarios with numerous variables, and a properly detailed treatment will require a future article of its own right.

1.Even were there to exist a hypothetical situation wherein every single credit method would award points, effectively “guaranteeing” a return on the usage of the card, there would likely remain no ribbis concern. As explained, there are two completely independent loans taking place. The points are being awarded by the card issuer in recognition of the loan between the issuer and the cardholder. No points are being awarded for the loan between the card holder and the card user.

2.This understanding that the card user may not reimburse to the cardholder any interest charges incurred should be clear to both parties prior to usage. The Torah forbids the very setup of an interest carrying loan, even if in fact  the interest ultimately remains uncollected. As such, if at time of card usage the understanding was that the user would pay the fee, both parties would be in (perhaps inadvertent) violation of the ribbis prohibition.

This article was prepared based on a shiur by Rabbi Yechezkel Elias. Rabbi Elias is a member
of the Montreal Community Kollel, and a Maggid Shiur at the Yeshiva Gedola of Hampstead. Rabbi Elias’ daily Halacha Shiur is available on www.torahdownloads.com